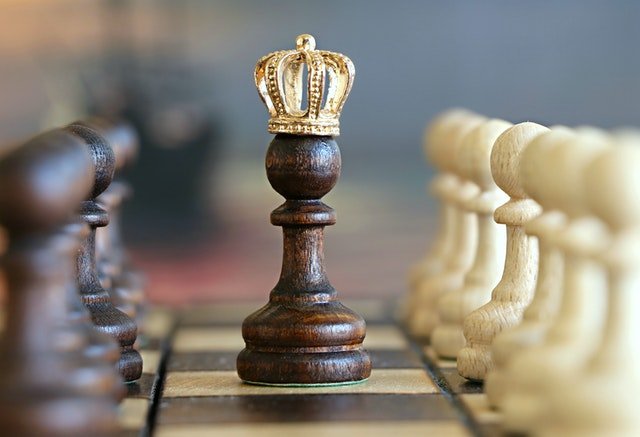 Why is Succession Planning Important?

Because Your Legacy Is Important

In every company, employees will quit, retire, or die in some cases. Transition is inevitable, and organizations know that. However, the majority of companies ignore this fact. Instead, they act surprised or even shocked when a high-ranking employee leaves. Filling the open position is, often, a struggle.

With smart succession planning, you can avoid your company’s prosperity from being affected by employees leaving. But if that’s the case, why do only 39 % of public companies implement a succession plan, according to a survey that was conducted by the National Association of Corporate Directors in 2010?

We want to dive deeper into this topic in the following article and explain why having a succession plan is beneficial for everyone. Furthermore, we will help you to understand how to create the right replacement plans.

First, we’d like to give you some examples of companies that have done their succession planning right and some that have done it wrong. Let’s start with the bad example to show you how not to plan your replacement.

Do you remember when the CEOs of the Bank of America and of Citigroup left unexpectedly a couple of years ago? Their sudden departure didn’t only cause stock prices to fall, but also led to stagnation in growth. Above that, the companies’ teams of executives became distracted and employees felt uncertain about their future.

In 2009 Den Lewis, the former CEO of Bank of America, and in 2012 Vikram Pandit, the CEO of Citigroup, left their companies on short notice. The organizations’ HR did not have any succession plans. Neither did the boards. Therefore, both companies struggled with finding replacements for their CEOs. Neither Den nor Vikram really cared about leaving hundreds of employees in their company concerned.

After showing, you how not to plan your replacement, we want to give an example of a CEO who did succession planning right!

This CEO is Anne Mulchay, the former leader of Xerox. Already 10 years before she left her company, she identified her successor: the senior Vice President of Xerox, Ursula Burns.

They both formed a working partnership. This way, Anne was able to mentor her successor and give her all the necessary skills and knowledge to lead Xerox. By doing so, Anne was responsible for the organization’s customer service and the financial health of Xerox. Ursula on the other hand took care of day-to-day operations. When the day of Anne’s retirement came, Ursula was able to take over her new role as CEO without any problems, thanks to Anne preparing her for several years.

So what exactly did Anne do right? Instead of relying on a succession plan made by HR, she created her own legacy. She was committed to her company until the end. By preparing her successor for the role of CEO, Anne ensured that Xerox would continue to benefit from sustainability, longevity, and prosperity after she retired. This way, Anne was able to leave a legacy behind.

Focus on leaving a legacy behind instead of succession planning

As we saw in the example of Anne, it’s better to plan on leaving a legacy behind than just planning for your succession.

In order to do so, you first need to examine the current bench strength. In order to fill the role, the successor needs to learn all the necessary skills needed for the position. Only when he or she is ready to take on the role can the transfer go smoothly without causing problems for the organization.

So why do so many companies refuse to plan for their CEO’s succession? To answer this question, we need to have a look at the human mind.

Every one of us wants to feel needed. Rejection, however, is one of the worst things for our ego. Succession planning is, often, viewed as replacing people. This can make employees feel irrelevant. Our ego is trained to prevent rejection from happening at any cost. Therefore, people will try to sabotage any succession planning efforts.

So how can a company solve this problem? After all, succession planning is crucial for its prosperity. Employees should never be excluded from planning their replacement. This can be achieved by shifting from succession planning to creating a legacy. This will engage people’s egos and make them feel important. And if we’re honest, there’s hardly anyone who doesn’t want to feel needed, right?

How to create a legacy?

When it comes to succession planning, or rather, creating a legacy, it is important to include your current employees. The following 5 steps will help you to let your employees create their own legacy:

It’s important that the retiring employee and the successor exchange as much knowledge as possible. This way, the successor is well-prepared for his or her new role without having to learn everything from the start.

By connecting legacies to a company’s sustainability and growth, people can experience the impact they have within the organization. This will make them feel relevant and reduce the feeling of resignation.

When employees create their legacy instead of just doing a job, they will become aware of their purpose. Furthermore, they will experience a greater sense of connection to the community within the organization.

When employees are committed to creating their own legacy, the company will benefit from reduced costs. But why is that? The answer is simple! The transition will be smooth and, therefore, the organization will neither lose productivity nor experience unnecessary drama.

If your employees feel a connection to the community within the organization, they will feel needed and understand the impact they have. When this happens, people are automatically happier in their job. This will not only increase a company’s longevity but also its prosperity and sustainability.

Why Cowen Partners Is a Top Executive Recruiting Firm Across the U.S.

Our hands-on executive recruiters have experience working with private, public, pre-IPO, and non-profit organizations. Clients are typically $50 million in revenue to Fortune 1000 companies or have assets between $500 million to $15 billion.

Check out our industry-leading resources to see why Cowen Partners is a leader among the best executive search firms in New York City, Chicago, Seattle, Atlanta, Dallas, Los Angeles, and beyond: