COO Role: Understanding the Value of a Chief Operating Officer 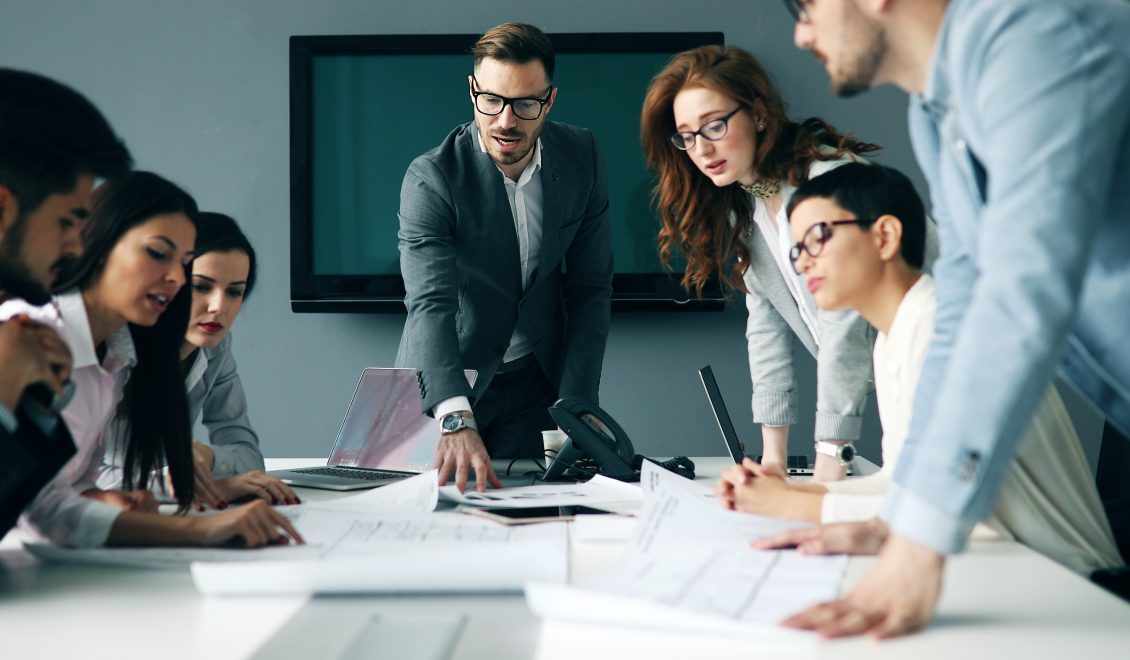 Every organization eventually comes to the point where discussions turn to the possibility of bringing on a number two or chief operations officer. But due to the rarely visible, misunderstood role that an operations chief plays, prospecting for one can be a difficult task.

We have addressed the question of how to hire a COO elsewhere. However, what is more often problematic for CEOs looking to bring on a trusted second is precisely defining the COO role and why it is valuable.

As is often the case, before an organization, and their CEOs, begin to really drill down into what they want in a COO, it makes sense to ask if the hire is really necessary and what value they will bring. Yet these critical questions frequently go unanswered.

Experts agree that the role of the COO is one of the most misunderstood and least defined in the C-suite. It can be challenging to extrapolate specific trends from the reasons that companies and CEOs give for bringing on operations chiefs. This, in turn, makes the question of what a COO is expected to do a very difficult one to answer.

Here, we discuss this challenge and put forth the proposition that, perhaps, instead of screening and interviewing a COO on the basis of a set category of requirements, it may be more beneficial to consider a list of end results you want to achieve and then working back from there.

The COO Role: What Does a COO Do in a Company?

Answering this question is often part of the problem. No one can tell with any degree of certainty exactly what a COO should be doing in an organization. Part of this is due to the limited understanding we have of the role, with Accenture describing it as “perhaps one of the least understood roles in business today.”

While this sounds incongruous at first pass (considering that companies and their officers have been subjects of unrelenting study for decades), it does make sense because:

What a COO Does: The CEO & COO Relationship

The COO often acts as a trusted second to the CEO, the yin to their yang. In this position, an operations chief may carry out various responsibilities, depending on what is needed. However, whatever those job descriptions may look like, their overall responsibility is often to supplement the skills, abilities, duties, or goals of the CEO. In other words, the professional CEO and COO relationship that the head of an organization wants can be pivotal in defining what the chief operating officer role ultimately looks like at a company.

What Value Does a COO Bring to Your Organization?

The job of a CEO can often be a tough one, and while in this role, there is often so much to do. While a lot of those tasks can be handled by other members of the C-suite, organizations can sometimes find themselves needing an enterprise-wide operational view in dealing with these problems.

Since the CEO will typically have a lot on their plate, our executive recruiters often see companies choose to bring on a COO at this point to provide that extra operational guidance. This frees up the CEO to pursue strategic tasks such as leading the company into the future and other public-facing roles. However, this is just one of the ways that chief operating officers typically add value to organizations.

According to a Harvard Business Review article, there are at least seven other ways in which COOs can be brought on to add value, including by (but not limited to):

For Linda Kozlowski, former COO at Etsy, the value that a COO brings is in business operations, particularly “how you operate your business, think about strategy, and move the business forward in growth.” Although she admits that the “role is custom to every company and requires deep self-awareness from the CEO and founder to outline the specific skills and qualities they need in a partner.”

Therefore, at the core of it, the value that a COO brings largely depends on how clear the vision for their intervention is and how this is communicated in prospecting for and finding the right candidate.

As explained earlier, the CEO and COO will typically maintain a close working relationship. Therefore, one of the most important things to get right during the recruitment process is to ensure that this is a hire both individuals are comfortable about.

There needs to be a healthy degree of trust and chemistry between CEO and COO. There should be a(n):

The chief operating officer should also be versatile enough to adequately hold the ship when the CEO is not in office. As Kozlowski emphasizes, “the most successful COOs are Jacks – or Jills of all trades.” In addition, the COO “should exude similar leadership traits to the ones you possess so the team feels confident relying on them – and the business doesn’t skip a beat.”

One red flag to look out for in this relationship is a potential tussle for relevance or power with the CEO. The COO absolutely needs to be someone who recognizes that “their job is to run the plays, not call them.” The CEO also should be willing to share the spotlight so they and the COO can function as a truly effective team.

Discover More About COOs & How to Set Them Up for Success

Need professional advice or assistance? Get answers and information right now from one of the nation’s top COO recruiters. 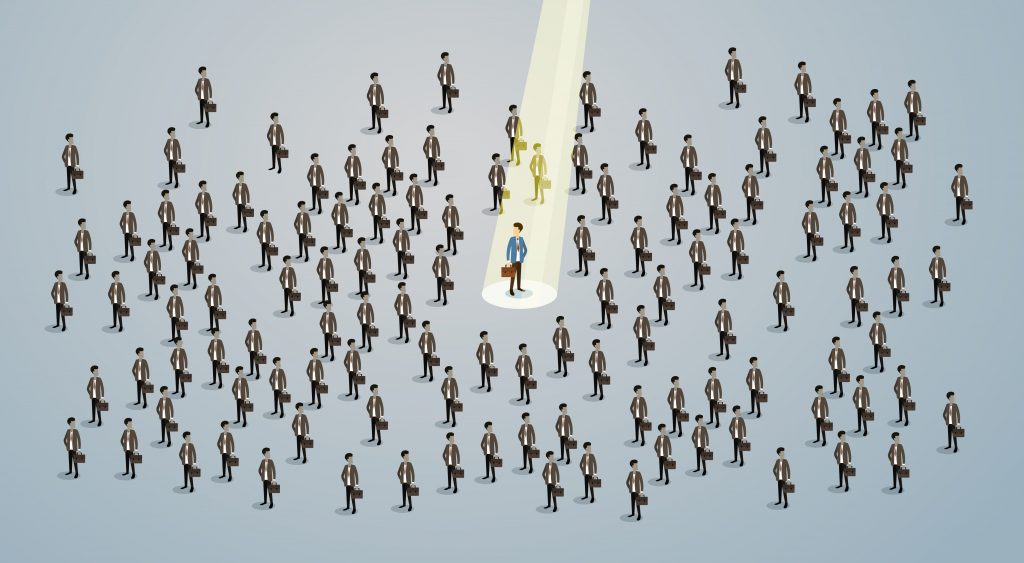 Great COOs: How to Hire a Highly Functional & Effective COO

With a clearer idea of the COO’s role in mind, identifying what organizations want or need in their chief of operations becomes easier. Kozlowski advises conducting a bit of self-assessment on the part of the CEO in fleshing out this part. Here are the questions to ask and answer to determine what would make a great COO for your company.

What Am I Drawn to?

A great COO will have the most impact when they are not trampling on the same space as the CEO. Instead, knowing what tasks you prefer to be doing as CEO allows you to identify what tasks your COO will be doing instead, giving you both space to work.

What Do I Procrastinate On?

Just as you have identified what you prefer to do, also identify what you prefer not to. Often, we procrastinate tasks for various reasons including lack of time. But while you truly may not have enough time for those tasks, the problem may be more a matter of interest or even a skills gap that you’re unwilling to admit. If that’s the case, then these are likely the tasks you want your COO to be skilled in.

What Do I Wish I Knew & Liked?

Amongst those things you delay, there are a few you wish you did better. A great COO can come in as a mentor or instructor and guide you in these over the long term while also providing those skills right now.

It also makes sense to seek input from your executive team and board of directors on these questions. Having that broad insight will help you create an accurate picture that you can then draw on in identifying what the perfect COO will look like for you.

CAOs vs COOs: Discover the Difference

Hiring a CAO vs a COO

Carefully review the tasks typically assigned to a CAO versus a COO to determine which position is most important to your company. You may need to hire a chief operating officer and a chief administrative officer, but understanding the difference between the CAO vs. the COO roles will help you prioritize the positions and focus on the pain points of your business.

Final Thoughts on the Role of a Great COO

Prospecting for a COO is never an easy one, and it’s even harder when you’ve never had one. But with a clear idea of what value you expect a COO to bring to yourself as a CEO and your organization as a whole, you will be in a better position to make a hire that not only helps your company grow but that also helps you become a better leader.

The nationally renowned COO recruiters at Cowen Partners have vast experience working with private, public, pre-IPO, and non-profit organizations. Clients, who are typically $50 million in revenue to Fortune 1000’s or have assets between $500 million to $15 billion, span all industries, including technology, healthcare, manufacturing, retail, real estate, financial service, private equity, and more.

Successful placements include chief operating officers across the nation, as well as positions throughout the C-Suite, including (but not limited to) CEOs, CHRO, CFO, CMO, CLOs and general counsel, vice presidents, and other director-level leadership roles.

Cowen Partners is a proud leader among the nation’s best COO executive search firms, enabling companies to harness the power of human capital to fuel their success. In fact, we give our clients access to the top 1% of human capital to create opportunities that accelerate their growth and market share. With Cowen Partners, clients can grow at scale, create value, and drive results with world-class talent.

Check out our industry-leading resources, created by our top COO recruiters, to see why Cowen Partners is one of the best retained executive search firms in Anchorage, New York City, Chicago, Seattle, Atlanta, St. Louis, Milwaukee, Dallas, Los Angeles, and beyond: