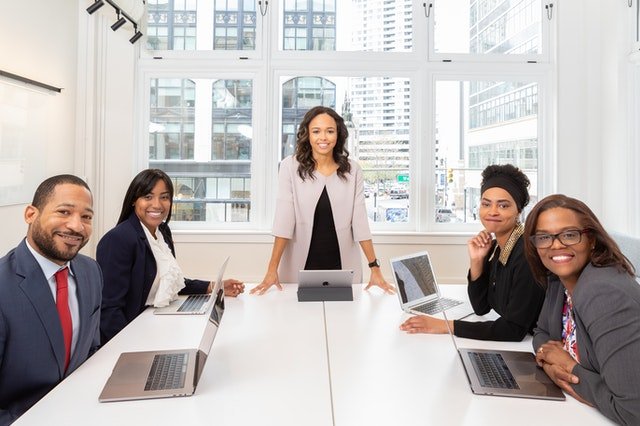 Why Are They Essential to Companies’ Sustainability?

Various studies have consistently shown trends why it is essential for companies to create diverse teams:

Companies these days often attribute their success in part to the development of diverse teams. Gender and ethnic diversity among leadership is important because it encourages diversity of thought. Organizations that don’t include diverse teams may be excluding themselves from developing great ideas or tactics in terms of how to move forward with a strategy. This is a key benefit of having diversity among staff.

McKinsey has conducted and issued research studies on DEI trends. The most recent study was released on May 19, 2020, How diversity, equity, and inclusion (DE&I) matter | McKinsey.

The study revealed that:

Below is an illustration of this analysis.

This month acknowledges the progression of women in leadership roles at internal positions at companies and on their Boards in honor of Women’s History Month. Although some progress has been made, there is still a long way to go with gender diversity at companies as it relates to women. The good news is that there have been positive, upward trends with women placed in CEO positions at Fortune 500 companies in recent years. This year so far to date has seen a new record of female CEOs at Fortune 500 companies.

Currently, there are 74 female CEOs employed at America’s 500 highest-grossing companies, up from 41 in June of 2021 and only 7 in 2002. However, such progress still only translates to around 15 percent female representation at the top of the country’s biggest public businesses. This trend confirms the need for equitable hiring practices for women to be considered for leadership positions at companies of all sizes, both public and at non-profit organizations.

Progress has also been made with women serving on companies’ Board of Directors as such appointments have played an integral role with investor relations in recent years. Investment companies like Blackrock do not encourage investments in companies that do not have female representation on their Boards. Some states (e.g.; California, Massachusetts and Washington) have executed mandatory laws that require companies to have at least one woman serving on their Boards.

The most common mistake that some companies make is assigning oversight of DEI initiatives to an employee in addition to their current responsibilities.

A more effective approach is to conduct an internal and/or external search that leads to an appointment of a senior DEI leader that may have the title of Chief Diversity Officer (CDO). It is important for an internal candidate to obtain the training and resources needed to successfully execute the role as they may not have been in such roles previously in their career.

A critical role of a CDO is to collaborate with a Chief Human Resource officer and their team. Such collaboration should result in implementing specific enterprise diversity objectives and business plans to align inclusion initiatives with business strategies and metrics focusing on a company’s workplace, workforce, marketplace, and community.

It is imperative for companies’ DEI initiatives to be in alignment with its overall strategic plan, mission, and vision. Here are some tips to consider when companies are developing effective diversity recruitment strategies:

The first collaborative effort that should take place between a Chief Diversity Officer and Human Resource Officer is to obtain and review data that shows gaps with gender and ethnic diversity beginning with gaps among executive leadership teams and Boards.

The goal for filling these gaps should not be to fill quotas, but to establish holistic recruiting practices that result in obtaining diverse talent. Companies that demonstrate their commitment to hiring diverse talent among its executive leadership teams shows current and potential employees that they have a vested interest in its “tone at the top”.

Until in recent years, job postings had a long history of referring to gender biased language, especially for professional positions that had a track record of hiring more male candidates vs. female candidates like the engineering profession. Such language as “his responsibility will include”, or “In this role, he would be responsible for…” ,would be blatantly stated in job postings.

It may be frustrating for job candidates to go through an extensive interview process, talking with multiple people they may come into regular contact in the role they are seeking. However, such diligence, if done effectively, allows for holistic assessments of candidates. One interviewer may identify a skill set that a candidate has during an interview that may have not been identified by another interviewer.

It is also good practice for interviewers to take detailed notes when talking with prospective candidates to ensure that all of their skill sets have been considered for candidacy.

Employers and executive search recruiters may fall into a trap of using the same resources to identify talent. Online job platforms such as LinkedIn and Indeed are popular tools for job searches. However, there may be talent that is overlooked if profiles of professionals that may be a perfect fit for a position are not posted on those sites.

A good practice for employers is to establish strategic partnerships with organizations that provide resources for professionals from underrepresented groups within various industries.

These organizations more than likely would welcome to share job opportunities as that is a typical resource provided to constituents. Here are examples of organizations that can be considered by companies and executive search firms when conducting job searches for positions at all levels:

Diverse hiring practices should be incorporated for executive level and entry level positions. A good recruiting resource is connections with administrative faculty at higher education institutions that have diverse student populations like Historically Black Colleges and Universities (HBCUs).

The schools for many years primarily attracted African – American students. Although that is still primarily the student population at the colleges and universities, the population has expanded to students of Hispanic/Latino and Asian descent, resulting in a broader representation of people of color.

An effective approach with establishing a DEI talent acquisition strategy should involve retention practices. DEI recruitment practices should not be considered as effective if a company is experiencing high turnover.

Establishment of mentoring programs should be a common practice at companies as part of establishing diverse teams and inclusive environments. A common challenge among employees of people of color is that it is hard to find people that look like them that can provide guidance on how to be considered for mid to executive level leadership positions. Mentoring programs should encourage cross collaboration among employees of different teams to give employees a broader pool of leaders to choose from as mentors.

How are sponsorship programs different from mentorship programs? Mentors provide general advice and counsel to employees. Employees serving as sponsors are usually senior level executives that have the clout to recommend employees for advancement opportunities. In most cases, employees’ sponsors are those that are familiar with an employee’s success with work projects and level of integrity.

The drawback with a lot of leadership programs at companies is that they may be offered only to employees that are already in leadership roles. The best way to develop diverse teams and talent is to offer leadership training to all employees including those that are in entry – level positions. In general, employees at all levels should be embraced as potential leaders.

Most companies post internal job opportunities under an intranet setting on their website where only employees have access to such information. However, the average employee may not take the time to look at the website to identify potential advancement opportunities. A more effective approach in addition to postings on websites is for human resources personnel to inform employees of internal job opportunities by e-mail. This results in equitable opportunities among employees to advance or expand their career horizons. Employees in leadership positions should make commitments to meet with their staff at minimum, annually, to determine their career goals and identify what resources are needed to reach those goals.

Succession planning is a struggle for most companies but is definitely essential to keep up the momentum with establishing diverse teams. A common mistake with succession planning is that senior leaders look at potential successors that have the same exact skill sets that they acquired probably many years ago to obtain their current position. A more diverse, holistic look at skill sets should be considered when identifying potential successors for leadership positions.

An example of an expansion of skill sets considered for positions is what is embraced for accounting positions at all levels. There was a time when the Big 4 accounting firms for example, would only look at students or experienced professionals that had an undergraduate or graduate degree in accounting. The skill sets that accounting firms consider for hiring purposes have been expanded to include educational or career backgrounds that include exposure to analytical and technology skills, recognizing that those skills are essential for accountants to be successful in their roles.

Successful DEI talent acquisition strategies at companies are incorporated authentically with a holistic approach. Buy – in with such strategies will be obtained by employees if they get the impression that the development of diverse teams is a priority for the company.